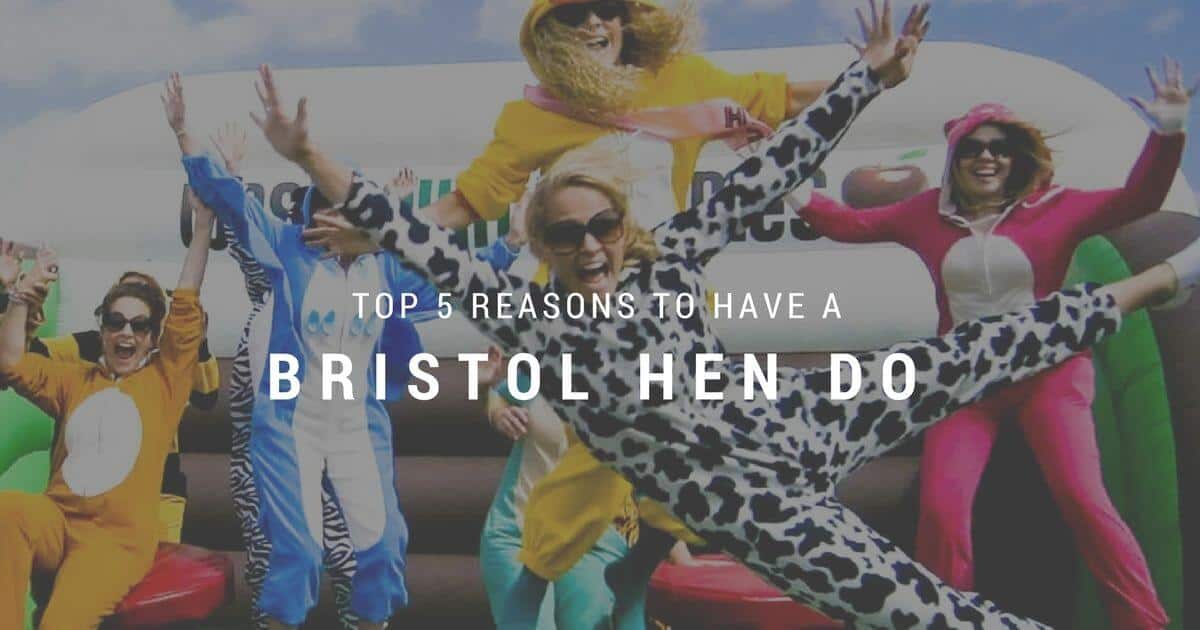 If some of you were lucky enough to get engaged over the festive period then this couldn’t come at a better time. We know that choosing where to have your last big bash before married life is a big decision. You will, only do it once after all. We are here to help ensure that you have the best send off possible. This is one decision you don’t want to get wrong so head to Bristol – you won’t be disappointed!

First thing to organise for any successful Hen or Stag do is a warm bed to stagger home to after one too many drinks. Whether you are saving all the pennies for the big day or want to indulge and treat yourself, Clifton Hotels will be able to help. Choose from four hotels which cover a range of price points, The Washington Guesthouse, The Clifton Hotel, The Rodney Hotel, the Berkeley Square Hotel and luxury apartments – Berkeley Suites (if you are feeling a little indulgent).

With this Bristol-born, independent hotel group, you can be sure of quality customer service and a great nights sleep, if that is you decide to get any! All are able to offer discounts for group bookings which will come in handy when you need to stretch the budget to pay for another round!

No Hen or Stag do would be complete without some sort of activity that will make you all look ridiculous and keep you in stitches retelling the stories for the rest of the year. West Country Games offers just that.

Nine hilarious West Country inspired games, from Cider Run to Wurzel Knockout and our personal favourite, Welly Wanging. We recommend booking this nearer the start of the trip, it all look looks a bit much to tackle on a hangover; however we are sure some of you will be lad enough to take on that challenge…

This may seem like a bit of strange one, but with the River Avon running right through the middle of the city we had to mention the wonderful array of boats you can wander onto and explore. If a civilised affair is what you have in mind, be sure to book a table at Glassboat. A delicious meal with lit up views over the river is probably just the thing to recover from a day wanging wellies. Alternatively head to Thekla for one of their infamous Pop Confessional nights if you feel up to it, where it will be guilty pop pleasures until 4 in the morning.

If you like the sound of this then we do recommend you head to Three Brothers for a very large burger to line your stomach beforehand! Trust us, you’ll be thanking us in the morning!

When is comes to cocktails, this is one thing that Bristol does not take lightly. Whatever your tipple may be there will be something heavenly waiting for you in one of the many speakeasies hidden across the city. These places are strictly need to know, but we’re sure your maid of honour/best man will be up to the challenge and will be able to get hold of the information easily…no pressure!

Our favourites include The Milk Thistle and Red Light, (there may be a clue in the name to one of those but we’ll leave that to you). If you want to get a bit more hands-on head to The Square Club where they offer the option of not one, but two cocktail master classes to suit your specific needs.

Be sure to pay attention though as there will be competition at the end of the class to test your knowledge and there’s a bottle of bubbly in it for the winner!

Turtle Bay also needs a shout out. If you’re starting early then this one is ideal as it’s two for one on all cocktails from 12-7pm.

When you wake up with a dry mouth and a sore head from partying a little too much the night before, craving anything and everything fried, breakfast will be King. And our vote for King of the hangover breakfast in Bristol is Racks Bar and Kitchen.

They serve breakfast until 10am which means you can savour a bit of extra time horizontal before attempting to stand up! Stomach the full English with all the trimmings or take it easy and go for poached eggs on sourdough with a choice of toppings.

With Bloody Marys on offer why not opt for hair of the dog and we’re sure you’ll be feeling ready for the day in no time! 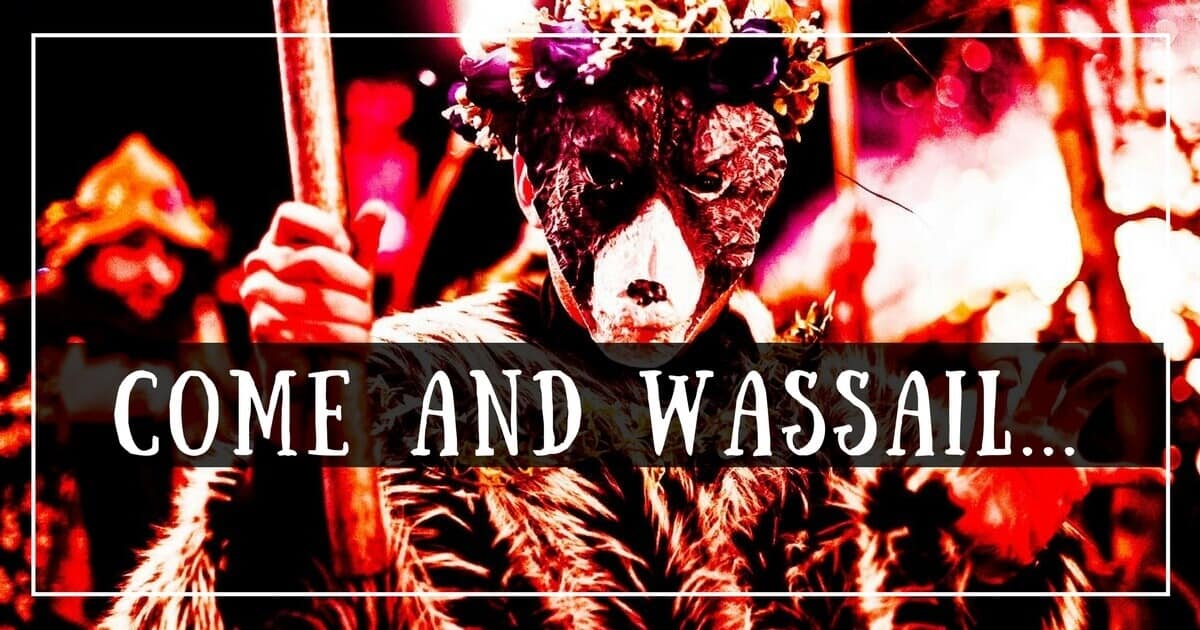 Come a-wassailing this winter – in a West Country orchard

Here in these ‘ere parts of the West Country, we think cider is gert lush – and we’ll go to great lengths to make sure there’s a bumper crop of apples so there’s no shortage of our favourite tipple when yer Wassailing in the West Country!

If you’re lucky enough to find yourself here early in the new year, and your ear drums are up to the challenge, you could join in some noisy orchard-wassailing revelry.

This wonderfully weird, age-old good luck custom involves blessing our beloved apple trees in the hope this will help secure a healthy apple harvest – and a plentiful supply of cider.

It’s an ancient tradition that appears to be growing in popularity over recent years – and, since it usually ends up as a fairly lively and raucous affair, it can offer just the antidote we need to brighten a cold, damp January evening.

Singing to the trees, and generally making a racket

If you still need any further persuading that it’s a good idea to spend a chilly winter’s evening in a West Country orchard, be assured that you’ll also often find there’s some hearty West Country grub being served up to help you soak up all the cider.

The word “wassail” is said to derive from a Saxon expression, ‘Waes hael’, meaning good health. Traditionally, the apple orchard custom involved reciting incantations, singing to the trees, and generally making a racket – sometimes even firing shotguns into the bare wintry branches – all in a bid to frighten away evil spirits that might get in the way of a bountiful harvest.

Ceremonies vary from one place to the next, but they usually share a few important elements. A wassail King and Queen are crowned to lead the songs and ceremonies, for example, and the procession usually moves towards the largest, finest or oldest tree in the orchard, which is chosen to represent all the other trees.

The “Apple Tree Man” is regarded as the spirit of this tree, and to appease him the Queen places a cider-soaked piece of toast up in the bough of the tree, and pours more cider around its base. The crowd then recite an incantation:

Traditional wassailing songs end with a loud “Hurrah!”, and the whole event is a noisy affair, with loud gunshots and pot- and bucket-banging, just to make completely sure the spirits have got the message loud and clear.

According to legend, this is not only to scare off any evil ones who might ruin the coming harvest, but also to awaken the sleeping trees so that they bring a good supply of apples.

Meanwhile, present-day revellers enjoy the spectacle whilst tucking into traditional West Country food such as apple cake, washed down with a tankard or three of warming mulled cider – and the fun continues later into the evening with folk music, more cider, and plenty of laughter!

The majority of wassailing events take place after Christmas, in January and February, with a peak in activity between 10-18th January.

Our friends down at Wilkins Cider throw on an annual Wassailing party, if you can handle yer cider then take up the challenge and get yourselves down there! 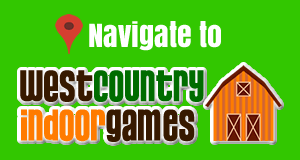